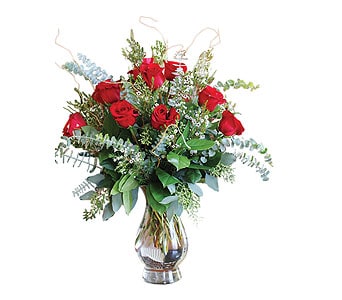 Detroit /dɨˈtrɔɪt/[6] is the most populous city in the U.S. state of Michigan, and is the seat of Wayne County, the most populous county in the state. It is a primary business, cultural, financial and transportation center in the Metro Detroit area, a region of 5.2 million people, and serves as a major port on the Detroit River connecting the Great Lakes system to the Saint Lawrence Seaway. It was founded on July 24, 1701, by the French explorer and adventurer Antoine Laumet de La Mothe, sieur de Cadillac.

The city's Greektown and three downtown casino resort hotels serve as part of an entertainment hub. The Eastern Market farmer's distribution center is the largest open-air flowerbed market in the United States and has more than 150 foods and specialty businesses.[118] On Saturdays, about 45,000 people shop the city's historic Eastern Market.[119] The Midtown and the New Center area are centered on Wayne State University and Henry Ford Hospital. Midtown has about 50,000 residents and attracts millions of visitors each year to its museums and cultural centers;[120] for example, the Detroit Festival of the Arts in Midtown draws about 350,000 people.[120]

Annual summer events include the Electronic Music Festival, International Jazz Festival, the Woodward Dream Cruise, the African World Festival, the country music Hoedown, Noel Night, and Dally in the Alley. Within downtown, Campus Martius Park hosts large events, including the annual Motown Winter Blast. As the world's traditional automotive center, the city hosts the North American International Auto Show. Held since 1924, America's Thanksgiving Parade is one of the nation's largest.[121] River Days, a five-day summer festival on the International Riverfront lead up to the Windsor-Detroit International Freedom Festival fireworks, which draw super sized-crowds ranging from hundreds of thousands to over three million people.[15][110][122]

If the need arises to have a flower delivery sent to Detroit, Mi Conner Park Florist is well equipped to meet your needs. We are a real “brick and mortar” flower shop that has been located at 9830 Conner Ave. since 1946. With over 65 years of experience serving Detroit, and its surrounding areas you can count on Conner Park. All of our floral arrangements are hand-made at one of our two locations in Detroit or St. Clair Shores and then delivered in our own fleet of delivery trucks. We guarantee all of our deliveries with 100% satisfaction and will never outsource your Detroit, Mi flower delivery to another flower shop.

If you are planning a wedding or event in Detroit, Mi Conner Park Florist is your solution. We are a preferred vendor of the Detroit Athletic Club, and service all of the downtown and midtown venues. Whether you are having a wedding/event at the Gem Theatre, The Westin Book Cadillac Detroit, or a hip new location we haven’t even heard of yet we are excited to work with you and your venue of choice to make your wedding flower visions and dreams a reality. You will always be working with one of our top designers who are experts at bringing your visions to life and pulling it all off without a hitch. If you are looking for a stress free floral experience with your wedding and top notch design Conner Park is who you want to work with.