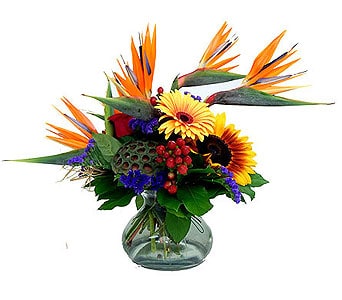 Macomb Township is a general law township and northern suburb of Detroit located in Macomb County in the U.S. state of Michigan, in the Metropolitan Detroit region. The township's population was 50,478 at the 2000 census. The 2010 Census places the township's population at 79,580, making it Michigan's fastest growing major municipality.

The early founders of Macomb Township arrived in the early 19th century in search of flat and fertile farmland, like that near the Clinton River. Many of these early settlers were of German descent, and the German influences remain today. The Township of Macomb was officially approved by the Legislative Council on March 7, 1834.

The township was named in honor of General Alexander Macomb, who was a highly decorated veteran of the War of 1812; his successful mercantile family owned most of Macomb County at one time.

Macomb Township was also a large part of the lumber and logging industry of Southeast Michigan in the late 19th century and early 20th century. Logs would be transported south from Wolcott Mill in Ray Township, down the Middle Branch Clinton River to sawmills. This route became known as Romeo Plank, and is the name of the modern-day road that runs down the same route.

Conner Park Florist is a full service flower shop with two locations delivering fresh flowers daily to Macomb Township, Mi. Conner Park has a rich history in the Metropolitan Detroit Area. We have been family owned and operated by the Adamo Family for over 65 years. All of our floral arrangements are hand-made at one of our two locations and delivered by our own fleet of delivery trucks. We guarantee all of our deliveries with 100% satisfaction and will never outsource your Macomb Township flower delivery to another flower shop.